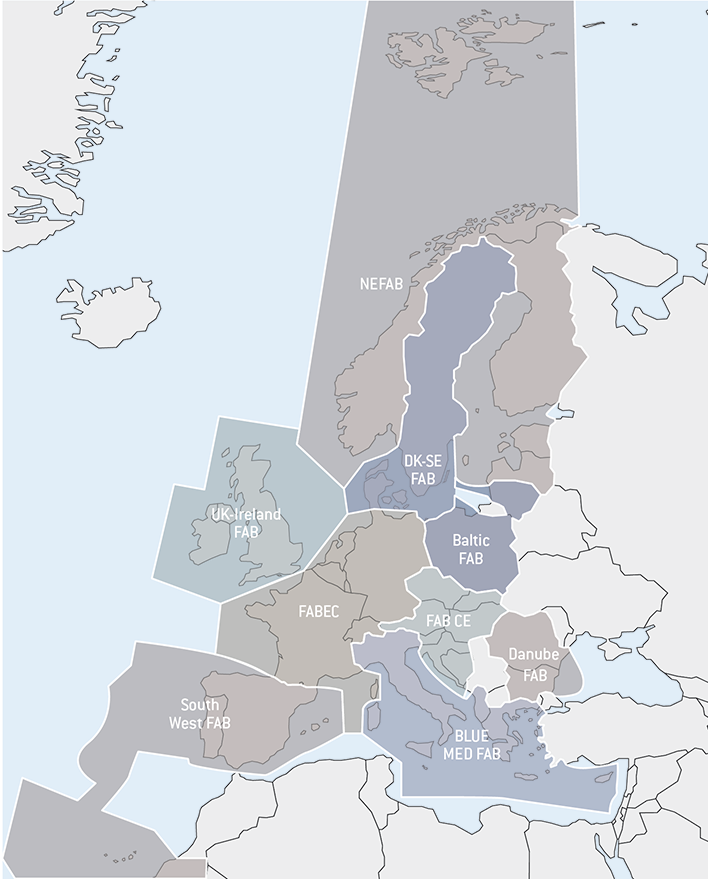 To this end they have agreed to participate and contribute to the InterFAB coordination.

A coordination group of 9 Points of Contact of the FABs has originally been set up as platform to manage the InterFAB coordination and the exchange information.

Over time, the InterFAB Coordination meetings among the FABs’ Points of Contact have spawned 3 additional workstreams dedicated to specific areas: 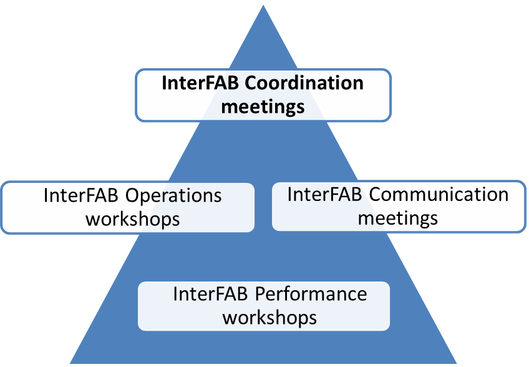 Through the InterFAB Cooperation, FABs can communicate commonly rather than as separate FABs and strengthen their position vis à vis decision making bodies. Moreover, FABs can deliver a real added value when coordinated and synchronised implementation activities need to be delivered.

The rationale behind the InterFAB initiative is primarily to allow FABs to actively shape their role in establishing and continuously improving the Single European Sky.